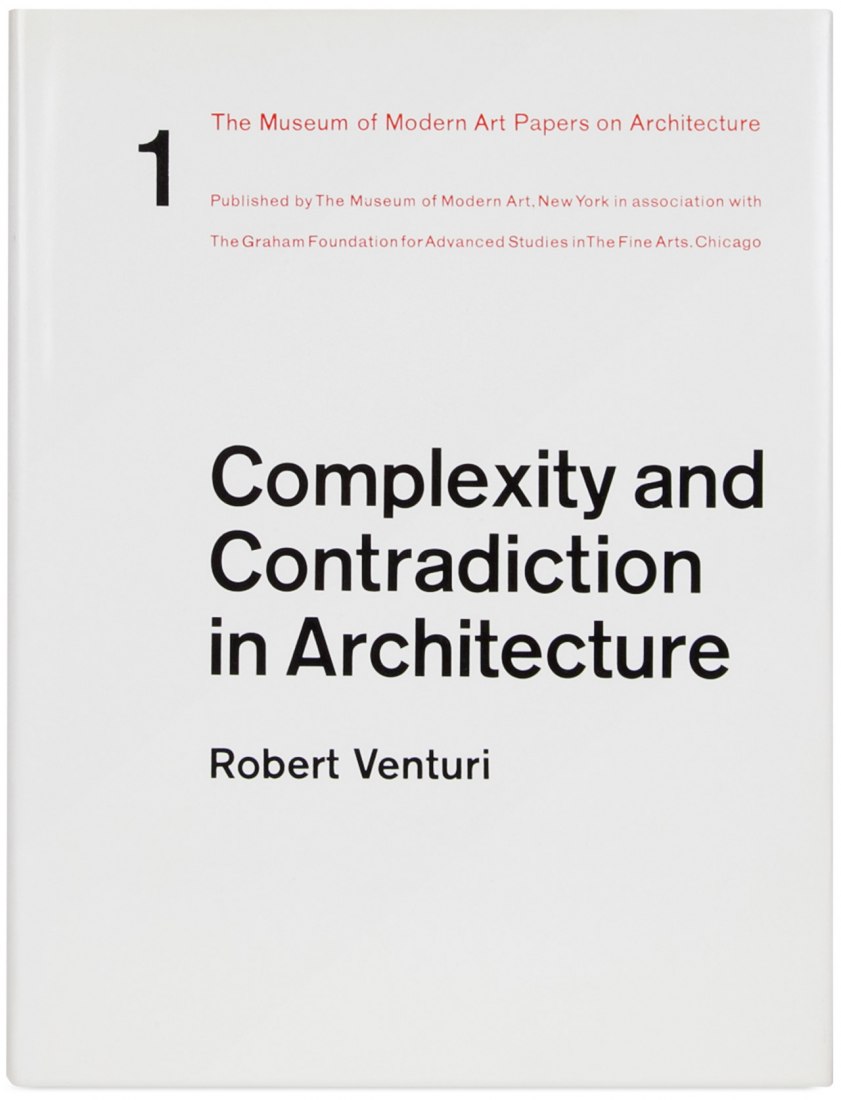 I like complexity and contradiction in architecture. I do not like the incoherence or arbitrariness of incompetent architecture nor the precious intricacies of picturesqueness or expressionism. Instead, I speak of a complex and contradictory architecture based on the richness and ambiguity of modern experience, including that experience which is inherent in art. Everywhere. except in architecture. complexity and contradiction have been acknowledged, from Gödel’s proof of ultimate inconsistency in mathematics to T. S. Eliot’s analysis of “difficult” poetry and Joseph Albers’s definition of the paradoxical quality of painting.
But architecture is necessarily complex and contradictory in its very inclusion of the traditional Vitruvian elements of commodity, firmness, and delight. And today the wants of program, structure, mechanical equipment, and expression, even in single buildings in simple contexts, are diverse and conflicting in ways previously unimaginable. The increasing dimension and scale of architecture in urban and regional planning add to the difficulties. I welcome the problems and exploit the uncertainties. By embracing contradiction as well as complexity, I aim for vitality as well as validity.
Architects can no longer afford to be intimidated by the puritanically moral language of orthodox modern architecture. Hike elements which are hybrid rather than “pure,” compromising rather than “clean,” distorted rather than “straightforward,” ambiguous rather than “articulated,” perverse as well as impersonal. boring as well as “interesting,” conventional rather than “designed,” accommodating rather than excluding, redundant rather than simple. vestigial as well as innovating, inconsistent and equivocal rather than direct and clear. I am for messy vitality over obvious unity. I include the non sequitur and proclaim the duality.
I am for richness of meaning rather than clarity of meaning: for the implicit function as well as the explicit function. I prefer “both-and” to “either-or,” black and white, and sometimes gray, to black or white. A valid architecture evokes many levels of meaning and combinations of focus: its space and its elements become readable and workable in several ways at once.
But an architecture of complexity and contradiction has a special obligation toward the whole: its truth must be in its totality or its implications of totality. It must embody the difficult unity of inclusion rather than the easy unity of exclusion. More is not less.