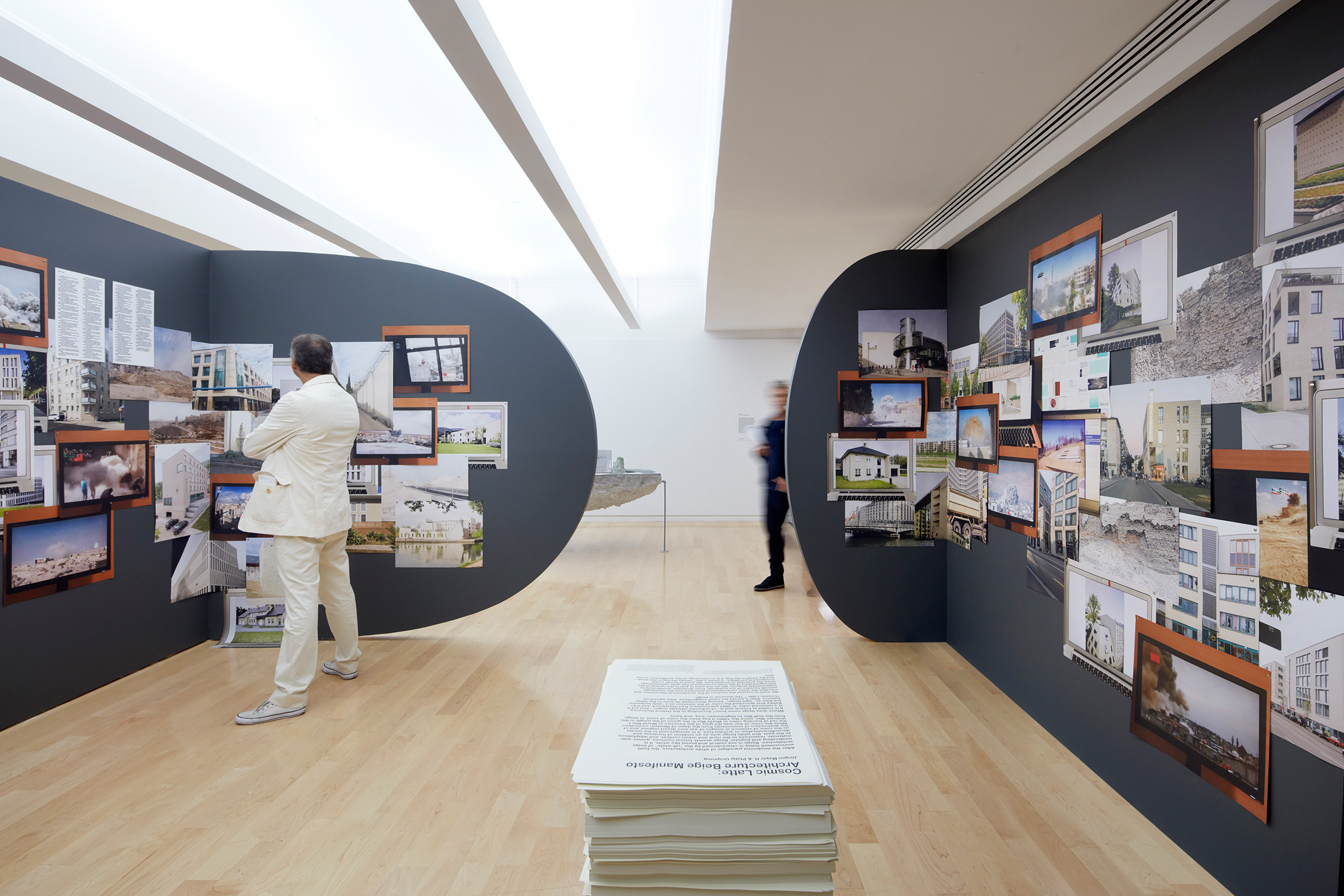 After the modernist paradigm of white architecture, the built environment today is characterised by the “off-white” of beige architecture. Beige is not radical and purist like white, it is moderating and popular. Beige assists formal nuances, games with materials, responses to the rural and urban context, and adaptations to the past.

But while beige acts as an emblem of harmony and deconflictualisation in architecture, it is omnipresent in the media as the colour of violence in images of war-torn desert regions and of the destruction of monuments from the dawn of Western civilisation. While the colour of war was the grey of the trenches in World War I, the red of burning cities in World War II, the green of the jungle in the Vietnam War, since the 1980s it has been the colour of sand, or beige, from the Gulf War to Afghanistan, Iraq, and Syria.

Where does beige come from? According to the Oxford Dictionary, it is rooted in French and is “of unknown ultimate origin”. And yet it is a universal colour. In 2002 astronomers Karl Glazebrook and Ivan Baldry first described the colour of the universe as a “pale turquoise”, but then as “light beige”, having discovered an error in the white balance. After a survey for name suggestions, they agreed on “Cosmic Latte”. The universe is beige.

We want to expand the horizon of the architectural discussion and visualise the inner contradictions inscribed into the seemingly smooth facades of our buildings, from developer architecture to experimental projects. We do not want to join in the lament of the homogenisation of the built environment but quite optimistically show the potential of architecture. We want to locate a new architectural paradigm. “Cosmic Latte shows the big in the small – and the small in the big. It is a cosmology of the architecture of our time.